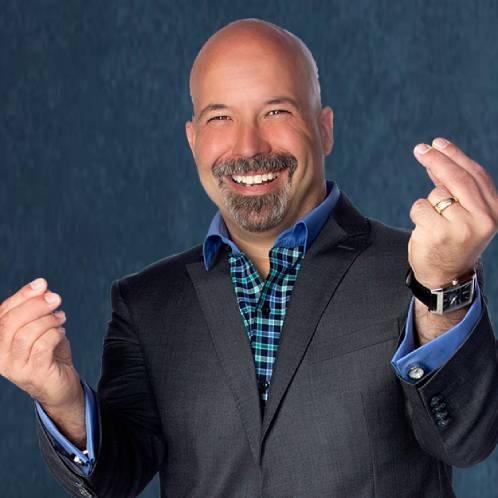 Robert is a world-class trainer, author and founder of AMENTORA INC. Robert’s mission is to ASSIST INDIVIDUALS IN INDENTIFYING AND LIVING THEIR PURPOSE WITH PASSION.

With his high energy and heartfelt style, Robert Riopel has been blessed to travel around the world helping over 200,000 people find their passions and financial freedom. He has shared the stage with the Dahli Lama & Sir Richard Branson, and trained notables such as David Woods, Doug Nelson, Colin Sprake, Robert Yates and thousands of other trainers.

From humble beginnings in Calgary, Robert invested in a pizza franchise. Experiencing success early in his life also inflated the poor spending habits he already had which saw him go deep into debt. Only by learning to understand why he spent the way he did and how to dream again, was he able to go from being over $150,000 in debt to retiring financially free in only 9 months. Now he tours the world a few weeks a year as a hired gun for some of the best event producers in the world.

At Success Gyan, we work with a Vision of transforming the Country through our life-transforming education and we are motivated by an unrelenting drive to deliver value and unleash the best in every individual. Are you a Trainer/ Speaker who wishes to work with us and join us in the mission!? Go ahead and fill out the specified.